Tower Hamlets, the City of London and Hackney take places one, two and five in a ranking of localities whose homes score energy performance ratings averaging Band C and higher.

Analysts took a snapshot of borough-by-borough home efficiency averages, as registered by the EPC’s eight-step grading.

Originating out of an EU directive passed by the EU Commission in 2002, EPCs were introduced in England and Wales in August 2007.  Properties are assessed usually only when a property changes hands or, as with the Feed-in-Tariff subsidy for solar PV, when a roof-top system was installed.  The FiT closed for new entrants in March 2019.

EPCs covering rented homes expire after ten years.  An EPC assessment is required when a property is sold.

If the top ten including those five London boroughs are Britain’s hero localities, then England’s north west and south Wales provide the villains.

Pendle, Gwynedd, Burnley and Blackpool lead the table of worst-insulated homes, on Boxt’s evaluation. None of that bottom ten has an average EPC “C” share for their homes higher than 29%.  Pendle averages a pitiful 20%.

An inquest in November recorded how two-year-old Awaab Ishak died in December 2020 from respiratory illness caused by mould in the poorly ventilated, poorly insulated one-bedroom flat where his parents lived in nearby Rochdale. 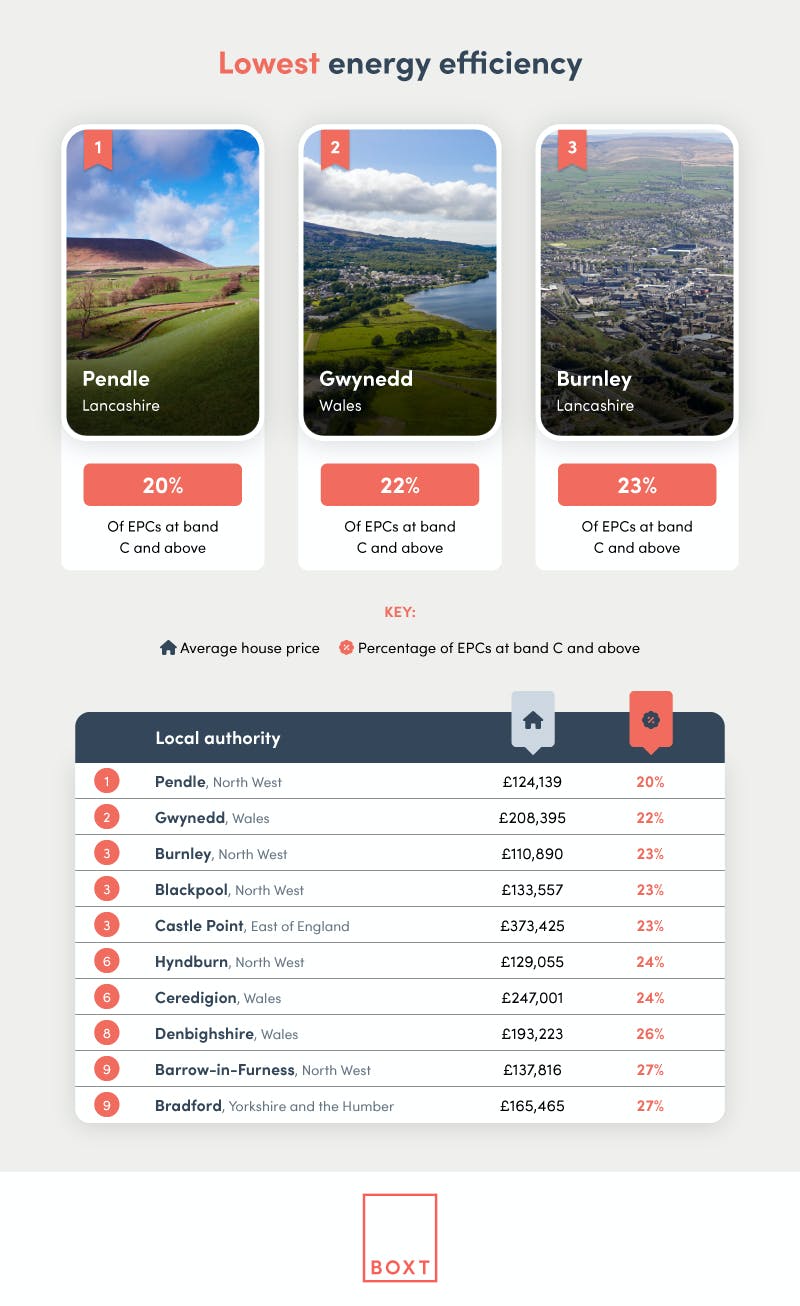 Boxt’s research further purports to quantify by how much a home’s sale value can be enhanced, by stepping up one EPC grade.

If a given council’s local housing stock records an average of 20% to 29% of homes at grade C or better, then improving the average to between 30% to 39% can increase the locale’s home value by as much as 30%, Boxt’s analysis claims.

More on the assessment and its methodology here.